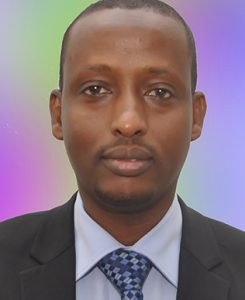 Health Services
Dr Mahamud Adan Mohamed, popularly known as Dr. Eda in Mandera County is the CECM for Health services.
A new broom in Roba’s Administration, he was born in July 22 1972 in Wargadud, Mandera County. Dr. Eda attended Wargadud primary school and completed in 1986 then joined Sheikh Ali High school until 1990.  He later went to the School of Clinical medicine  Portreiz (September 1991-July 1994) and graduated with a Diploma in clinical medicine and surgery.
Thereafter, he did a subspeciality in anesthesia and critical care at Kenyatta National Hospital between Sept 1996 and Dec 1998. He later did MBChB at KIU-WC  between 2009-2013 and thereafter worked at Coast general Hospital until 2016. Thereafter he opened his own private practice in Mombasa Alfarooq Hospital where he was CEO and worked with a dynamic team of medical professionals.  He worked in various urban and rural settings of Kenya: King Day at hospital Lamu County, Msambweni District Hospital, Coast General Hospital.
He also served as the Chairman Kenya Association of Muslim Medical professionals between 2014-2017
Founder member and County representatives from the World Islamic Health Union.
￩ ￫ x