The Water Services Department’s achievements since the advent of devolution in 2013 have been summarized by the table below:

From the inception of the new dispensation in 2013, the County has made tremendous strides in the provision of water accessibility. We inherited only 69 existing boreholes, and today the county has 198 functioning boreholes translating to an additional 129 boreholes.

Therefore, the total number of water sources increased from 260 n 2013 to 679 translating to an additional 436 water sources

The county had only one Urban W/Supplies in 2013.  By the end of 2020, the county established an additional 4 urban water supplies.

Therefore, the total number of Operational Water Supplies increased from 70 in 2013 to translating to an additional 60 water sources

As a result of the above achievements made by the County Government and its partners over the past seven and a half (7.5) years: –

The strategy of Mandera County government in the water sector is to implement a short term drought emergency water supply which involves provision of water through water trucking, rapid response maintenance and the repair and rehabilitation of boreholes while implementing long term resilience building efforts such as drilling and equipping of boreholes and the construction and rehabilitation of major pans.

In order to effectively respond to all reported borehole breakdowns within 24 hours, we have positioned two rapid response maintenance teams which are based at Elwak and Mandera respectively to help reduce the time lag between the time when a breakdown occurs, its repair and restoration of supply.

To mitigate the suffering of our people, the county Government has hired additional 31 water bowsers in order to ensure there will be uninterrupted supply of water to trucking centers to compliment seven trucks owned by the county.

We have responded to drought emergency by drilling and equipping of emergency bore- holes over the last five months. A total of 75 boreholes were drilled of which 51 were successful. The last 10 of the 51 boreholes are in the final stage of being equipped.

We have carried out desilting of 35 strategic water pans which were heavily silted in preparation of the long rains. We have deployed Ward Water officers to the 30 wards to coordinate emergency response to water distress.

Currently there are 312 water trucking centers distributed as follows;

We have also provided portable plastic water storage tanks in strategic locations as part of the response mechanisms. However, we still have huge gaps and we request partners to complement our interventions. All these efforts are geared towards meeting the United Nations Sustainable Development Goal number 6 of clean water and sanitation which is critical for the survival of our livestock and people in Mandera County.

Mandera County is water scarce and sanitation poor. According to the KIHBS 2005/2006, 34.6 percent of population had access to safe drinking water as compared to the national figure which at the time stood at 57 percent.The County is prone to disasters such as recurrent drought, floods, conflicts and famine. The existence of disaster response coordination teams, early warning systems and appropriate responses to reduce livelihood losses are vital to managing disasters and eliminating the adverse impacts associated with them.

A County with sustainable access to adequate water, a clean and healthy environment for all.

To ensure efficient and economical provision of water and sewerage services, increased environmental conservation, appropriate use of natural resources and improved access to affordable and environment friendly sources of energy to meet the various socio-economic needs of Mandera County.

The County Government in response to the above “Vision” and “Mission” proposes programmes and projects which seek to pursue the following key strategic objectives during the 2018/19 – 2022/23 period: 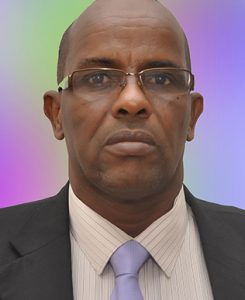