Land use planning is a tool for enhancing sanity in land use development. Mandera County inherited unplanned towns except for Mandera towns CBD. Currently, the county has prepared Integrated Strategic Urban Development Plans (ISUDP) for Elwak, Mandera and Kotulo.

The plans are at the approval stage but implementation of key infrastructure/utilities is already ongoing and is based on the plan proposals.

the department of Housing & Urban Development has achieved the following:

The ministry of Lands, Housing, Physical Planning and Urban Development was able to secure land for projects of regional and national importance    as follows;

The market is located in Garbaqoley location, Mandera East subcounty. The construction is currently on-going and the market is expected to boost animal industry in the region. It measures approximately 344.8Ha.

The total area of land secured for the college is 19.35Ha and the construction of the college is almost complete. It is located in Shafshafey location, Mandera East.

The total area of land secured for the college is 19.35Ha and the construction of the college is almost complete. It is located in Shafshafey location, Mandera East.

The total land secured for the University is 25.09Ha but the construction/development plan is underway.

Mandera County Government has allocated land for relocation/expansion of airstrips in Elwak, Takaba and Mandera. The three mentioned towns are rapidly developing hence the need to upgrade transportation infrastructure. Takaba and Elwak airstrips are fully operational while the formalization of   the proposed Karow site is in progress.

Mandera town is developing and the need for water supply and liquid waste management has become a priority. The Ministry of lands has secured adequate land measuring 2.15Ha and 75.12Ha for water supply system and Sewage treatment plant respectively.

However, the existing records were characterized by several challenges such as double registration, manipulation by registry officers, loss of records and inadequate space for storage.

The county government has successfully developed the Land Information Management System (LIMS) which is fully operational in Mandera East. Currently, 15,200 records have been digitized in to the system.

The system has not only created data security but has also tripled land-based revenue. Specifically, a total of Kshs51,426,436 has been collected from land rates since the operationalization of the system in 2020.

The digitization process is currently being rolled out to other sub-counties and the revenue collection is expected to surpass the set targets.

The department has managed to resettle about 1100 internally displaced persons across the county about 800 IDPs were resettled in Rhamu and 300 in Elwak.

The construction of land registry offices is one of the key achievements witnessed in the county’s attempts to create a conducive work environment and to ensure security of land records. The county has thus managed to erect land registry office blocks in Elwak and Mandera East. Mandera and Elwak were prioritized because they are the two largest urban centres where land transactions are pronounced.

Mandera County Government inherited a regime which had acute shortage of staff and the situation was exacerbated by the expanded structure of the devolved units. However, the county government has made a lot of progress in increasing in the number of staff in the Ministry of lands.

The number of staff between 2013-2017 was 16 but this has currently increased to a total of 48 staff in service. Efficiency in service delivery has been enhanced due to adequate staff and decentralized services to the sub-counties.

The Ministry of Lands, Physical Planning Housing and Urban Development is vested with the responsibility of land administration and management, housing development, land use planning and development control. The purpose is to promote sustainable development for socio-economic prosperity.

Excellent, adequate and affordable administration and management of land, housing and land use planning for sustainable development of Mandera County.

To facilitate improvement of livelihood of the people of Mandera through efficient, sufficient, equitable and sustainable management of land

Construction of land registry in Elwak and Mandera East.
The completion of these projects is a great milestone towards improved service delivery at the sub-county level.

Integrated Strategic Urban development for Ewak, Kotulo and Mandera
The County Government of Mandera inherited unplanned towns except for Mandera CBD. The extension of planning services to other towns will lead to improved revenue generation, sustainable exploitation of resources, convenience and reduced land use conflict.

Digitization of land records
Land Information Management System has been successfully launched and digital registration is currently on-going. The system has transformed land transaction with a sharp rise in revenue collection in the first three months. The system is expected to reduce cases of conflicts arising from double allocation or land rates defaulters.

Affordable Housing and informal settlement upgrading
The county Government through the department of Housing and Urban Development has made tremendous steps by identifying land in various localities for the construction of affordable housing as part of the Big Four Agenda.
Mapping of informal settlements for upgrading has been done and discussions are underway with donors on the modalities of upgrading the settlements. 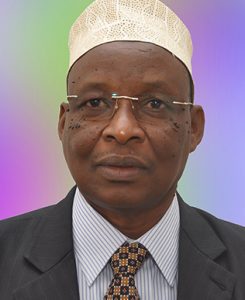