The Mandera County Government has operationalized the magnificent Elwak Regional Market to boost trade in the county and with neighbouring Ethiopia and Somalia countries.
The county Ministry of Trade, Investment, Industrialization and Co-operative Development operationalized the market after five days of an all-inclusive stakeholder engagement.
The Elwak Regional Market boasts of 216 ultra–modern stalls, 128 open table shades, parking lot for more than 200 vehicles, modern rows of toilets including for persons with disability and fire-fighting equipment.

The mega, state-of-the-art facility was built in line with Governor Ali Roba’s manifesto of economic empowerment to Mandera people including women, youth, people with disabilities and special category people. It also puts Mandera County firmly on the pedestal of increasing own source of revenue generation. 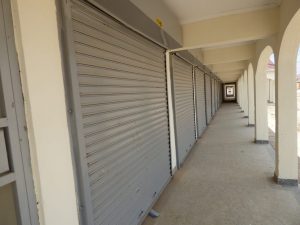 The county government used balloting which is openly transparent to allocate the stalls.
The process also involved identification of deserving persons by respectable array of elders and religious leaders from all clans. Women, youth and PWD were given priority as is special groups like Wata tribe who were also considered.
The open balloting was witnessed by all, including acting Elwak Deputy County Commissioner.
Mandera residents especially Elwak residents thanked Governor Roba “for his tireless effort to change their lives for the better.”

The Elwak Regional Market is scheduled to be officially launched by Governor Roba in early October.
The move marks a turning point for economic growth in the county.
While officiating over the distribution of the stalls acting Trade county executive committee member Dr. Mohamud Adan thanked the ministry of Trade team led by Chief Officer Osman Ibrahim, Elwak Sub County administrator Adan Barre and all ministry of trade employees in Elwak for overseeing the entire process. 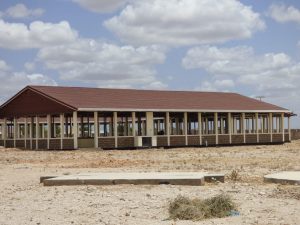 The Elwak regional market is the 9th market to be operationalized by the county government in the last six months.