Youth in Mandera have been allocated stalls in a new modern market built by the county government.Mandera County’s Department of Trade officially allocated the only Youth Market in Mandera county to various youth groups in an event presided over by the new Trade CECM Adan Dagane. The Market with 57 complex stalls, restaurants , a mosque and stores was  allocated to various youth categories composed of Women, People Living with Disabilities(PLWDs) and vulnerable groups in the society. 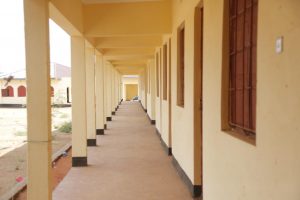 Its estimated that the market will contribute to spontaneous growth of SMEs in Mandera county by 20% once its fully operationalized. Businesses earmarked for the market include saloons,kinyozi,Fruit vending and eateries.The ministry realized upwards growth of general traders from 5500 to 8500 since the start of the year 2020. This is attributed to the operationalization of new markets across the county under Governor Roba’s administration. 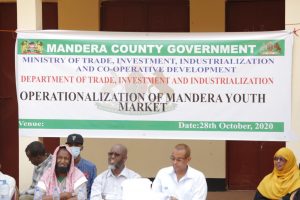 County officials during the allocation of Mandera Youth Market

The Ministry in line with the National trade policy and export promotion policy will ensure that it eases operation of businesses through provision of ample space and favorable environment for expansion of SMEs and encouraging local investors to exploit new business opportunities in Mandera county.
While officially speaking during the distribution exercise, CEC Dakane said that with the success of today’s  allocation, COVID-19 business strategy of decongesting markets will be achieved. 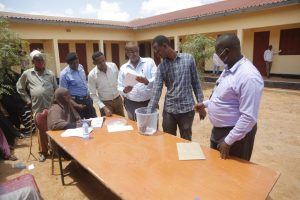 Allocation of Mandera Youth Market to youth in the county 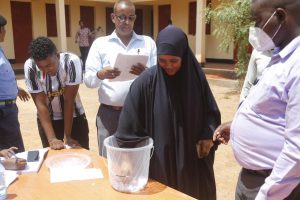 Balloting during the distribution of Mandera Youth Market 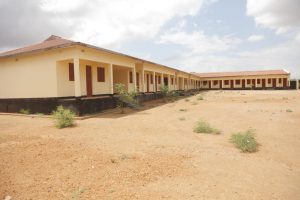